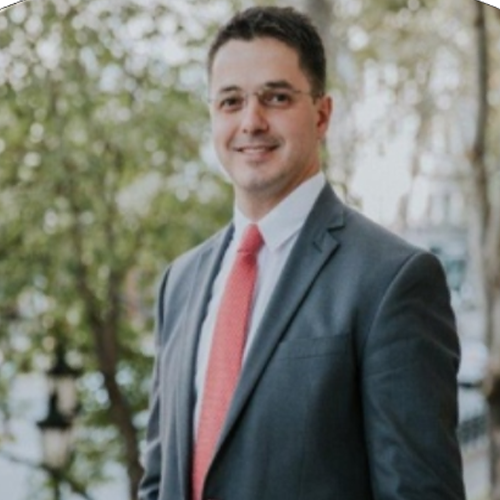 Sandro Bibilashvili is a partner at BGI Legal. Sandro is a dual qualified lawyer – being qualified to practice law in Georgia (since 2006) and the US state of New York (since 2016).

Mr. Bibilashvili joined the firm in January 2002, before continuing to enhance his legal education in Europe. His professional experience includes spells at the Office of Congressman Bernie Sanders (Burlington, VT, USA) and the Ministry of Foreign Affairs of Georgia, Department of International Law.

Sandro Bibilashvili graduated with honors from Tbilisi State University earning a professional degree in law. He was part of the TSU team recognized as the best respondents at the international moot court competition held at the International Court of Justice (The Hague, The Netherlands). Sandro holds LL.M. degree in International Business Law from Central European University, (Budapest, Hungary). While at CEU, he served on the Disciplinary and Grievance Committees of the university and conducted an independent research at UNIDROIT (Rome, Italy), in the field of international franchising. Sandro has successfully completed a one-year program in Political Science at the University of Vermont (Burlington, VT, USA). As Edmund S. Muskie Fellow, Sandro graduated from Duke University School of Law (Durham, NC, USA) earning his second LL.M. degree in May 2011.

In September 2012 Sandro received international accreditation from Center for Effective Dispute Resolution (London, UK) and since 2013 serves as a mediator at Tbilisi City Court.

Since 2017 Sandro serves on the board of Association of Law Firms of Georgia and as a chair of Commercial Law Commission at ICC Georgia. He is a visiting professor at Free University of Tbilisi.